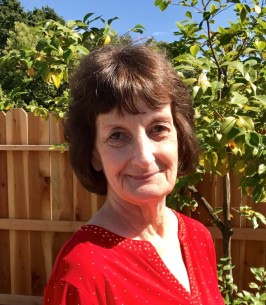 Share this tribute
Memorial Candles Lit for Linda | SEE ALL
Light a Candle
"We are honored to provide this Book of Memories to the family."
— Colonial Rose Chapel & Cremation
"I met Linda in Lawrence, KS, in 1974. I felt a connection immediately and she could always make me laugh. I wish I could have come out..."
— Connie Bossemeyer, Salina, KS
Funeral Details Memory Wall Photos & Videos Send Flowers

Ms. Dixon moved to Lawrence, Kansas in 1967 where she worked as a secretary for many years. She was married to Michael V. Dixon, on January 19, 1973. They moved to Stockton, California in 1982. They are the parents of three children. The couple divorced in 1997.

Ms. Dixon was a member of The First Presbyterian Church where she served as an Elder. She worked as a Teacher’s Aide at John R. Williams Elementary School in Lincoln Unified School District for 15 years, from 1984 until 1999. She loved working with children as well as being involved with her own children’s extracurricular activities from elementary school to adulthood.

Ms. Dixon was a board member of Sundown Little League for 15yrs where she enjoyed volunteering, running the snack bar, coaching, and cheering for her kids. She cared for all children as if they were her own, many of whom considered her a second mom earning her the nickname, “Mama Linda”. Creating memories and being a part of her children and grandchildren’s lives was her true passion in life.

In her later years, she spent an abundance of time with her children and grandchildren. She had many good friends and extended family with which she enjoyed spending time with. She also had a giant heart for animals, and cared for several rescue cats over the years. Including, her latest and favorite three legged companion kitty, Buddy.

We would like to acknowledge and thank Dr. George Charos, Dr. Thomas Sorbera, and Dr. Taymour Malak for their medical expertise and care provided. Special thanks to the generous and compassionate Dr. Mohammad Kazmi who provided Hospice and Palliative Care via Adventist Health Lodi Memorial Hospital and the outstanding and caring nurses of Hospice of San Joaquin.

There will be no formal funeral service. Her family plans a celebration of life event in her honor.

The family requests donations be sent to The American Heart Association of Stockton and Modesto, the Delta Humane Society SPCA of San Joaquin County and Hospice of San Joaquin.

To send flowers to the family of Linda Jo Dixon, please visit our Heartfelt Sympathies Store.

We encourage you to share any memorable photos or stories about Linda. All tributes placed on and purchased through this memorial website will remain on in perpetuity for future generations.

I met Linda in Lawrence, KS, in 1974. I felt a connection immediately and she could always make me laugh.
I wish I could have come out to see you in California, but I am thankful when we connected by phone.
I will rejoice when I see you in heaven. Love you Linda!
Connie Bossemeyer, Salina, KS - Tuesday April 27, 2021 via Memorial Candle
Share This:

My deepest sympathies to the Dixon family, Linda was one of the most amazing women I have ever met, She will be missed by all. With love, Knudsens
Doug knudsen - Monday April 26, 2021 via Heartfelt Sympathies
Flowers were purchased and a memorial tree was planted
Share This:

Danielle, Alex, Alexis and Alika, we are so sorry for your loss. May the Lord comfort and give you strength during this difficult time. We love you.
Errick & Tamica Small - Monday April 26, 2021 via Heartfelt Sympathies
Share This:
1
Page 1 of 1
Share
×