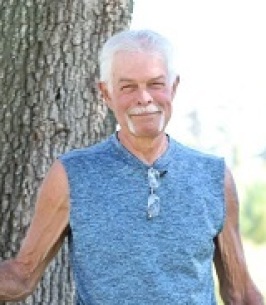 David was born in Oakland, CA to David W. and Olga M. Drawdy (Bagwell). On August 14, 2021 David passed away comfortably at home under the loving care of his wife and children after battling a rare disease, hATTR Amyloidosis, at the age of 63.
He was raised in San Leandro where he met his wife Donna and became high school sweethearts on February 26, 1973, and married on September 23, 1978. David moved his family to Ripon, CA in 1984 where he resided until his passing.
Family and close friends called him "Bimbo", a nickname given to him by his mother. He loved everything about cars, working, building and driving them fast. One of his hobbies was riding and racing dirt bikes. On a trip to visit his sister in Canada he raced his dirt bike in Williams Lake B.C., beating the local champion. He also loved boats and water skiing. He loved his many fur babies he raised. He took his wife, kids and friends on many camping trips over the years.
Preceded in death by his beloved daughter Rachelle L., baby grandson Cameron M. Jr., father David W. Drawdy Sr. and brother Brian Drawdy.
Survived by his wife of 43 years, Donna E. (Johnson) Drawdy. Children Renee L. and David L. Drawdy. Mother Olga M. Leal and Step Father Robert Leal Sr. Siblings Bernadette (Drawdy) Casperson, Robert Leal, Jr., Michelle (Leal) Do, Stacey (Drawdy) Johnson, Todd Drawdy, Bill Drawdy and Robin Alarcon. Grand children Lynnette R., David R., and Amelia R., as well as numerous nieces and nephews.
He was that guy who was always helping someone with a smile on his face and his quirky sense of humor. He will truly be missed by all who knew and loved him.
Celebration of Life for David (Bimbo) will be held in his honor at Stouffer Hall at 1000 Stouffer Street, Ripon, CA on September 18, 2021 starting at 12PM.

To send flowers to the family of David Lee Drawdy, please visit our Heartfelt Sympathies Store.

We encourage you to share any memorable photos or stories about David. All tributes placed on and purchased through this memorial website will remain on in perpetuity for future generations.

Dad and Pat and With all of my heart, Leah sent flowers to the family of David Lee Drawdy.
Send Flowers
MD
It's your first birthday in Heaven. I hope you bake a cake with Rachelle and have a beautiful day. I miss you.
Michelle Do - Sunday September 26, 2021 via Condolence Message
Share This:

Forever in our heart
Dad and Pat - Monday September 13, 2021 via Heartfelt Sympathies | Order flowers in memory of David
Flowers were purchased and a memorial tree was planted
Share This:

To my Uncle Bim with love, rest well now. And to my Auntie Donna, my heart is with you.
With all of my heart, Leah - Saturday September 04, 2021 via Heartfelt Sympathies | Order flowers in memory of David
Share This:
1
Page 1 of 1
Share
×