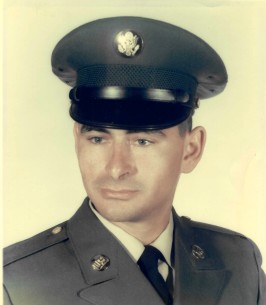 Share this tribute
Memorial Candles Lit for Cecil | SEE ALL
Light a Candle
"We are honored to provide this Book of Memories to the family."
— Colonial Rose Chapel & Cremation
"Cecil Baggett was a loving husband and father. A Veteran of the Vietnam war and German war. A proud man who took pride in his responsibilities...."
— Kelly Baggett
Funeral Details Memory Wall Photos & Videos Send Flowers

Print
Cecil Wayne Baggett of Stockton, California died February 10, 2022. He unexpectedly passed away peacefully of stage 4 lung cancer in Stockton, California. He was 76 years old.
Cecil was born to Edith Hopper and Gerald Baggett on March 28, 1945 in Seymour, Texas. He graduated high school and enlisted into the United States Army at the age of 18 years old.
Cecil fought in the Vietnam War and German War earning 2 respective honorable discharges. After his second discharge, he went on to live with his family. He soon found the love of his life Anne Howell. They were legally married August 30, 1980. He worked as a taxi cab driver for many years. He then went on to work as a security guard for many years until his retirement in 2009.
Cecil is survived by his daughters Kelly Baggett and Sara Rowe; step daughter Debra Braga; son in laws Chris Rowe and Philip Braga; sister Nora; nieces Bernadette Guerrero, Berniece Guerrero, Virginia Mayo and Judy. He is also survived by 7 grandchildren.
Funeral Services will be held at the San Joaquin Valley National Cemetery in Santa Nella, California on Monday April 4, 2022 at 2 p.m.

To send flowers to the family of Cecil Wayne Baggett, please visit our Heartfelt Sympathies Store.

We encourage you to share any memorable photos or stories about Cecil. All tributes placed on and purchased through this memorial website will remain on in perpetuity for future generations.

Cecil Baggett was a loving husband and father. A Veteran of the Vietnam war and German war. A proud man who took pride in his responsibilities. He has now joined his wife, sister and mother in heaven. Another Angel to watch over us. Forever in my heart.
Kelly Baggett - Wednesday March 09, 2022 via Memorial Candle
Share This:
1
Page 1 of 1
Share
×