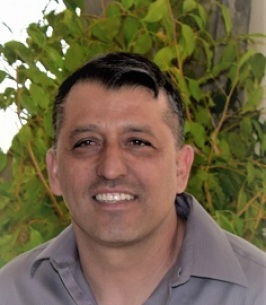 Print
It is with sadness in our hearts, that we are announcing the passing of our beloved brother, Walter Boreli Samayoa Castro. He lost his battle against cancer. He is survived by: His wife, Monica M. Hernandez, and their children, Nereyda, Alex and Patrick. His Mother, Victoria Castro de Samayoa and Father Ceferino Samayoa. His brother Bayron Samayoa and Sister Aleyda Mishele Samayoa. And all his cousins. And the many uncles, aunts, Goddaughters, nieces, brother and sister in law and nephew. Too many to name individually. Who he loved and cared for very much. A native of Guatemala. He arrived in the USA in the early 1990's. For several years he worked in the communication construction industry, in which he excelled. Another facet of his life, he was a Semi-Truck driver. After that, he opened his own mechanic shop which was his dream. He was well sought after, not only for his honesty and kindness, but also for his excellent workmanship. Generosity was in his nature and he helped anyone in need.
All of his professional accomplishments cannot come close to the love he felt for his family. Every decision he made was motivated by the goal of providing a better life for his family. Honesty, humility, kindness and generosity are values that Walter embodied in his everyday life. Our entire family is devastated and heartbroken. We all loved him more than words could every say. There is not a person that knew him that was not touched by his kindness. There are not enough words in the dictionary that can describe the person he was. However, we can mourn knowing that, every through his hardships, Walter never lost his faith. Until we meet again in the kingdom of heaven

To send flowers to the family of Walter Boreli Samayoa, please visit our Heartfelt Sympathies Store.

We encourage you to share any memorable photos or stories about Walter. All tributes placed on and purchased through this memorial website will remain on in perpetuity for future generations.

Please accept our most heartfelt sympathies for your loss... Our thoughts are with you and your family during this difficult time.
Brosamer & Wall - Tuesday November 09, 2021 via Heartfelt Sympathies | Order flowers in memory of Walter
Share This:
1
Page 1 of 1
Share
×