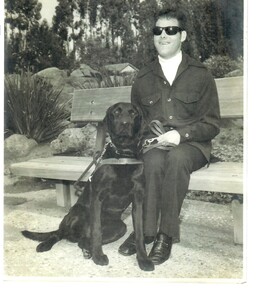 Share this tribute
Memorial Candles Lit for Terry | SEE ALL
Light a Candle
"We are honored to provide this Book of Memories to the family."
— Colonial Rose Chapel & Cremation
"Terry was one in a billion! He always wore a smile on his face and in turn gave one to those he knew and just happen to meet. Terry was..."
— Barbara Sierra
Funeral Details Memory Wall Photos & Videos Send Flowers

Print
Terry Lee Joseph, 72, of Lodi, CA entered into rest on Nov. 25, 2022, in Lodi, CA. He was born on Nov. 1st, 1950, in Oakland CA. He is preceded in death by his father Gilbert G. Joseph, his Mom Alberta J. Kinninook-Joseph, his birth Mother Edna J. Evansizer. He is also preceded by four siblings and their spouses, Helen Crooks, Joyce Cleavenger, Jeannie Arms, Judy Norwood, Wayne, Niel, William, Glen, Phil, Rudy, Lester, John, Nolberto, Jerry and Don. He leaves behind four siblings and their spouses, Marnette Diaz, Gilbert Joseph and spouse Joanne Joseph, David Joseph and spouse Linda Fourmont, and Kathryne Dukes and spouse Chris. Terry leaves behind his girlfriend also, Madge “Tina” McArthur. And many, many friends and extended family. Terry was a brother, a son, an uncle and friend, but most of all a wonderful human being.
Terry was born blind, he graduated from high school, had his own apartment, he didn’t let anything stop him from trying new things; like driving a 1964 corvette. Terry learned from his brother Gilbert how to play “liars’ dice” calling out 5 Aces to start. Gilbert also taught him how to play cards and he learned and was good at it! Terry had a very keen sense of direction; you could take him somewhere once and he would remember the layout. He could walk himself around the neighborhood growing up. He always found a way to overcome his disability. Terry loved to work on bikes, collect records and stuffed monkeys. He would talk on his CB radio under the name “Blind-Baby.” He enjoyed many things like going to Lodi’s Street fair and searching for old records. Terry enjoyed playing bingo at the local bingo hall. Terry went to a school for 2 months to get his dog Conley (who is in the picture with him) you can see how happy he was with Conley. Conley looked out for Terry and was his eyes for a while. We will all miss Terry very much; he will forever be in our hearts.
We ask if you have a fond memory of Terry please share your story, our family and friends would love to hear it. Thank you all for your kind words and well wishes.

To send flowers to the family of Terry Lee Joseph, please visit our Heartfelt Sympathies Store.

We encourage you to share any memorable photos or stories about Terry. All tributes placed on and purchased through this memorial website will remain on in perpetuity for future generations.

Thank you for so many beautiful memories during the last 45 years.
Renee - Friday December 02, 2022 via Condolence Message
Share This:
R
This message is from: Vivian Presler

Terry wasn't unhappy being blind. He loved being out and meeting people. We love and miss him so much.
Renee - Thursday December 01, 2022 via Condolence Message
Share This:

Terry was one in a billion! He always wore a smile on his face and in turn gave one to those he knew and just happen to meet. Terry was a joy to be around, whether it was taking him to play bingo at the Loel Center, hanging out at Starbuck's on Ham Lane, walking with him to get his mail. The absence of you, your energy, and kind soul is deeply felt. Miss and love you.
Barbara Sierra - Thursday December 01, 2022 via Memorial Candle
Share This:
1
Page 1 of 1
Share
×