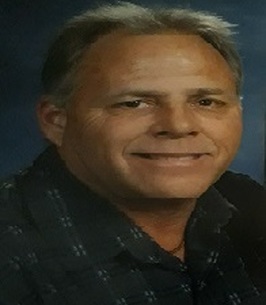 Share this tribute
Memorial Candles Lit for Steven | SEE ALL
Light a Candle
"We are honored to provide this Book of Memories to the family."
— Colonial Rose Chapel & Cremation
"My heart goes out to Janet, his family and the boys, I'm sorry I didn't receive your messages about Steve's passing. I just found out a..."
— Cathy Grelle
"So Blessed that i found you my brother. We only had a year to get to know each other but we grew very close. You will forever be my bi..."
— Cheryl Walker Trapp
"Rest in peace dear soul"
— Amber Shannon
" I am so blessed to have been a part of your Life. God renewed all broken relationship before he took you home, which I am very thankful..."
— Sue DiCarlo
" I miss you so very much and until we meet again, Love you Miss J "
— Janet Adams
Funeral Details Memory Wall Photos & Videos Send Flowers

Print
Steven Clyde Stevenson answered heavens call on December 28, 2018, he was 60 years old. He was born in Bakersfield however lived his youth in Garden Grove where he enjoyed the beautiful beaches and oceans. As a young adult he moved to Oregon where he worked in the mills until relocating to California central valley. He was a member of Quail Lakes Baptist Church and was employed there until the progression of his illness. Although sorrow fills the air, it is that of immense gratitude that overflows from within us for being given the honor and pleasure of knowing this amazing man who touched so many lives. Steve was an inspiration to all, as he courageously lived his life to the fullest with unshaking faith in his God and eternal love for his family. He was a member of Alcoholics Anonymous, always carrying their spiritual principles within him and living honestly one day at a time. Steve never met a stranger nor did he hold back a smile. He had a genuine appreciation for nature and enjoyed trimming the flowers in his garden, stopping to take a photograph as to capture the beauty of their blooms. His boyhood youth and love for baseball never left him. He was a proud Dodgers fan and proudly sported their logo long after the season ended. He had a colorful appreciation for music but it was his all-time favorite band YES that brought out the zest in him!

Steve enjoyed spending time with his three sons and carried tremendous pride in the men they had become. When little Aubrey was placed in his arms, Steve’s heart transcended into another dimension of love. Being called “grandpa” gave him a new meaning to life and understanding of joy. In April 2011 he married his best friend and confidant Janet Adams. Together they weathered life's storms, their love for each other unfailing and their backs to each other unturned.


We take comfort in knowing Steve is with those who preceded him to heaven. Forever will he laugh with his father Raymond Stevenson. Forever will he be wrapped in the arms of his mother, Yvonne Carole Johnson. With angelic protection he'll watch over those he left behind: Stepfather Melvin Johnson, wife Janet Marie Adams, three sons Steven (Risha) Sean (Sophia) Trevor (Rochelle) and granddaughter Aubrey. Three half siblings entered his life during his final year. Steve, never short on kindness, welcomed the opportunity with a smile to meet with one of the sisters and a brother, Rick, Cheryl, and Kathy.
The celebration of life will be held at 1pm on January 19th at Quail Lakes Baptist Church, 1904 Quail Lakes Dr, Stockton, California.

To send flowers to the family of Steven Clyde Stevenson, please visit our Heartfelt Sympathies Store.

We encourage you to share any memorable photos or stories about Steven. All tributes placed on and purchased through this memorial website will remain on in perpetuity for future generations.

My heart goes out to Janet, his family and the boys, I'm sorry I didn't receive your messages about Steve's passing. I just found out and I hope that I can join you at the service.
It was just a short time ago, when his mother Carole passed. I hope the family can find some comfort in knowing that Steve is now with His Beautiful Mother eternally and in the arms of God.
Cathy Grelle - Friday January 18, 2019 via Memorial Candle
Share This:

So Blessed that i found you my brother. We only had a year to get to know each other but we grew very close. You will forever be my big brother. I will always love you!
Lil Sis
Cheryl Walker Trapp - Friday January 11, 2019 via Memorial Candle
Share This:

With Deepest Sympathy and Prayers!
The Lane and Kridler Family - Thursday January 10, 2019 via Heartfelt Sympathies
Share This:

I am so blessed to have been a part of your Life. God renewed all broken relationship before he took you home, which I am very thankful for. I have always prayed for that. I was also blessed to see you and Mom Carole Stevenson Johnson in the same year. I am blessed for that. Until we meet again Steve Stevenson❤️
Sue DiCarlo - Thursday January 10, 2019 via Memorial Candle
Share This:

I miss you so very much and until we meet again, Love you Miss J
Janet Adams - Thursday January 10, 2019 via Memorial Candle
Share This:
1
Page 1 of 1
Share
×

From: Janet
Steve and Janet
Share on Facebook
Send flowers to the family
Choose from beautiful standing, table and basket arrangements. Safe and secure online ordering.
View Flower Arrangements
What has already been purchased for the family?
Family Log-In