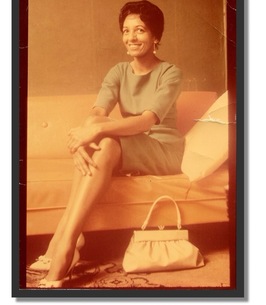 Shirley is the first of 4 children born to Curtis A. Williams and Bernice L. (Towles) Williams. She married Leo Vincent Gordon in 1958 and had one child,(Anthony Gordon) and divorced a year later. In the mid to late '60s, she started a career with Hanna-Barbera Cartoons, Inc. in Los Angeles, CA as a junior level animator. In 1970 she moved to San Jose, CA. There she worked for FMC as the highest-paid black female in her department as a Technical Illustrator until her retirement some ten years later. She was an accomplished artist in her own right. Preceding her in death, both parents and one brother, Curtis Williams. Shirley is survived by her son, Anthony Gordon (Mary), grandchildren, Jonathan, Nakita, Marshall, Marcos Gordon, Brothers Larry, Wayman Williams, nieces, and nephews.

Arrangements are under the direction of Colonial Rose Chapel, Stockton, California.

To send flowers to the family of Shirley Gertrude Gordon, please visit our Heartfelt Sympathies Store.

We encourage you to share any memorable photos or stories about Shirley. All tributes placed on and purchased through this memorial website will remain on in perpetuity for future generations.

Tony and Mary, We are sending you love and prayers for the family. I know you will continue to live with deep faith and joy. Cousin Cara & Rick
Cara Williams zeno - Sunday September 13, 2020 via Heartfelt Sympathies | Order flowers in memory of Shirley
Share This:
1
Page 1 of 1
Share
×