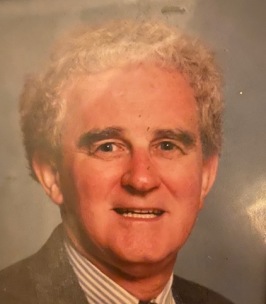 Robert “BOB” Sullivan received his elementary and middle school education in Stockton, Ca. He attended Franklin High School and after completion attended Stockton College. After two years at Stockton College, Bob went on to obtain his Bachelors Degree in Business Administration and graduated from the University of California, Berkeley on June 11, 1959.

As a teenager and young adult he worked with his father at Toledo scale company and also worked for Carnation Milk Company. Robert after college began his career in real estate, and he became a successful real estate broker and opened his own business Sullivan Real Estate. During his 40 plus years in real estate, Bob Help many people fulfill their dream by owning their own properties. Robert retired from Real Estate but wanted to stay active so he went back into the workforce and served as a part time security guard for Delta Protective Services.

Bob really enjoyed sports. He loved attending as well as watching live sporting events such as Cal Berkeley Football and Basketball. Robert served on the Real Estate board and was the president of the board few years. Robert also was a member of the the Lions Club in Stockton for many years.

Robert grew up with his parents attending the Presbyterian Church and learned his love for God.

Robert was Preceded in death by his parents John an Emma Sullivan he leaves to remember and celebrate his legacy his partner of 35 years Lily Aman, his daughter Stacy Cook, son-in-law Christopher Cook, grandchildren Makayla Cook, Christian Cook, Isabella Cook many nieces, nephews, family and the many lives he touched by his friendly and kind conversations over a big slice of cake.

Services will be Friday October 1st 2021 at 10am Cathedral of the Annunciation.

To send flowers to the family of Robert Alan Sullivan, please visit our Heartfelt Sympathies Store.

We encourage you to share any memorable photos or stories about Robert. All tributes placed on and purchased through this memorial website will remain on in perpetuity for future generations.

Provide comfort for the family of Robert Alan Sullivan by sending flowers.
Send Flowers
next page >>
Page 1 of 0
Share
×