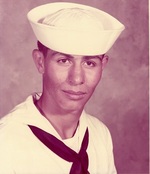 Raymond graduated from Artesia High School in Lakewood, Calf. in 1972. Shortly after graduation he enlisted in the U.S. Navy with his childhood friend Winifred Gooch, serving 4 years, with tours to the Philippine Islands and Japan.

After leaving the Navy, Raymond worked at Palmer Motors, House of Imports Mercedes Benz dealership until 1993. He then worked for Berberian European Motors in Stockton, and Smythe European in San Jose. He married his high school sweetheart Kathy Jonte in 1990. Ronnie & Kathy packed up the family and moved to Stockton in 1993, with Raymond accepting a management position for a European Motors dealership.

In early 2019, Raymond suffered a debilitating stroke that resulted in paralysis to his right arm and leg.
Kathy administered to his in-home care until his passing.

Raymond's favorite past-time interests included watching the LA Dodgers, LA Lakers basketball, and rooting for the Dallas Cowboys, He tried staying in contact with friends and family via Facebook.
He was an avid bowler and enthusiastically encouraged, praised and cheered his son's ability in that sport.