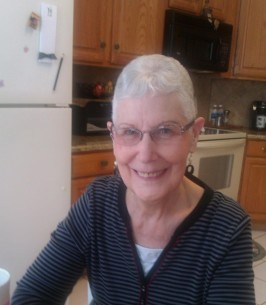 Share this tribute
Memorial Candles Lit for Lois | SEE ALL
Light a Candle
"We are honored to provide this Book of Memories to the family."
— Colonial Rose Chapel & Cremation
"Happy 32 days in Heaven, Grandma Lois! We’re still missing you dearly. We love you, Grandma!"
— HOLLYWOOD RCFE LLC Family
"Rest peacefully in Heaven Grandma Lois! Thank you for embracing me in to your amazing family for so long. You always treated me with kindness..."
— Casey Taggart
"We love you dearly, grandma Lois! You will always be in our heart & memories. "
— HOLLYWOOD RCFE LLC FAMILY
Funeral Details Memory Wall Photos & Videos Send Flowers

Print
Lois Y Montemurro passed away on Wednesday, April 29, 2021. She was 82 years of age. For the past 14 months she had been under the excellent care of Marivic Calderon of Hollywood, RCFE in Stockton, California.

She was born Lois Yvonne Martin, June 30, 1938 in Whittier, Ca to her Father Bernard Loyal Martin and Mother Frances Marion Samson. She was the youngest of their 4 children including Jeanne, Marylin, and David.

As a young child and later as a teen, Lois lived in La Habra Heights and West Covina, Ca. She was a graduate of Covina High School, Class of 1956.
Shortly after graduating, Lois married Richard Mazon Flores of Holtville, Ca, on August 5, 1956.
Lois and Richard lived the majority of their 29 years together in Salinas, Ca along with their 4 children, Mark, Kim, Debra and Richard Matthew. Throughout her time in Salinas, Lois was an active member of Madonna Del Sasso Catholic Church where her children attended school. Later, she worked as a Chiropractic office assistant. Lois was widowed on March 3, 1985.
Two years later, she married Joseph F. Montemurro of Salinas, Ca on July 26, 1987. They were married for 12 years and Lois was again widowed on April 24, 1999. Shortly thereafter, she moved to Fort Worth, Texas to be near her son Mark and his family; where her claims to fame were being Grandma, Great Grandma Lois and playing bunco with her neighborhood friends. She moved back to California in 2017 to be near her other children and grandchildren.

Lois is survived by her eldest sister Jeanne Snoddy of Oceanside, Ca.. Son Mark of Argyle, Tx.. Daughter Debra of Stockton, Ca.. 12 grandchildren and 14 great grandchildren. She is also survived by 5 nieces and nephews, the Montemurro children and and their families.
Lois is in her happy place now; joined by all who have passed before her. She was loved, is loved, and missed dearly.

To send flowers to the family of Lois Yvonne Montemurro, please visit our Heartfelt Sympathies Store.

We encourage you to share any memorable photos or stories about Lois. All tributes placed on and purchased through this memorial website will remain on in perpetuity for future generations.

Rest peacefully in Heaven Grandma Lois! Thank you for embracing me in to your amazing family for so long. You always treated me with kindness and love. I will always appreciate it!
Casey Taggart - Thursday May 06, 2021 via Memorial Candle
Share This:

We love you dearly, grandma Lois! You will always be in our heart & memories.
HOLLYWOOD RCFE LLC FAMILY - Thursday May 06, 2021 via Memorial Candle
Share This:
M
Like bluebonnets in the spring
We’re only here for a little while
It’s beautiful and bittersweet
So make the most of every mile
So pack light and love heavy
Give it all your hear and soul, so in the end
You won’t regret one thing
Life is like bluebonnets in the Spring

We love you Mom,
Mark and Brenda
Maflorestx@verizon.net - Thursday May 06, 2021 via Condolence Message
Share This:
1
Page 1 of 1
Share
×