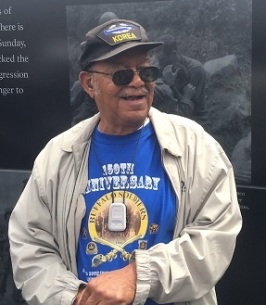 Print
Lester (Sonny) Cannon passed away peacefully at Saint Joseph's Hospital on December 27, 2021, in Stockton, Ca. He was 89 years old.

Lester was born in Gould, Arkansas, on January 20, 1932, to Lester Cannon Sr. and Shirley Rash-Watts.

Lester was married to Leatrice Maxine Nichols, the love of his life, on February 17, 1958. They had two children, Patrick and Paula. Their loving bond endured for over 63 years.

Lester enlisted in the United States Army in April 1948. He went to Ft. Knox, Kentucky, for basic training and completed his follow-up training at Ft. Irwin, California. In 1950 while fighting in the Korean War, during a routine patrol, a grenade hit Lester. The shrapnel from the grenade caused a massive wound to his forehead, but he continued fighting and earned the Purple Heart, Silver Star, and Bronze Star Medals for his bravery and courage.

Lester separated from the Army in 1955 and enlisted in the United States Air Force as a civil engineer in the same year. During his service in the Air Force, Lester was stationed at RAF Greenham Common AB, UK, Francis E. Warren AFB, Wyoming, McChord AFB, Washington, Andersen AFB Guam, Kadena AB, Okinawa, Japan, and Benhoa AFB, Vietnam, where he received his second heroic Bronze Star Medal. In 1955 Lester returned to the United States and retired at Travis AFB, California, in 1970, as a Staff Sergeant.

His favorite hobbies included sailing and traveling. He owned a sailboat for 20 years and enjoyed sailing on the San Joaquin Delta River. He traveled to Hawaii annually for many years, with The Big Island being his favorite. He traveled to 47 different states in his lifetime and took vacations to Yellowstone National Park, Alaska, and Great Britain, well into his 80's. Lester never let his age stop him from doing anything, including staying up to date with the latest technology. He loved computers, chess, and online banking.

A private military burial service will be held at Sacramento Valley National Cemetery in Dixon, California, on January 20th at 12:30. The family would like to express our thanks for the excellent care and kindness from the team of doctors, nurses, and other support medical staff during Lester's care.

To send flowers to the family of Lester Cannon Jr., please visit our Heartfelt Sympathies Store.

We encourage you to share any memorable photos or stories about Lester. All tributes placed on and purchased through this memorial website will remain on in perpetuity for future generations.

Provide comfort for the family of Lester Cannon Jr. by sending flowers.
Send Flowers
GB
I started 3rd career in the late '70s working at Deuel Vocational Institution. One of the first staff I worked with was Lester who exhibited calm about the way he discharged his duties. He always impressed me with his professionalism and calm but firm demeanor. I learned a lot from working with him. I would like to extend my condolences to his family. Semper Fi.
Gilbert R Bravo - Wednesday March 16, 2022 via Condolence Message
Share This:
OF
On behalf of the family of OB Nichols and your Aunt and Sister Margaret, we wish to convey our sincerest condolences to my niece, Paula, nephew Patrick and sister Leatrice on the loss of Sonny (Lester) Cannon. We hope you find peace and strength in these times and know our thoughts and prayers go out to you. A donation has been sent in Honor and Memory of Sonny Cannon to the charity of Hope for the Warriors. With all our love, the family of OB Nichols.
OB Nichols Family - Monday January 24, 2022 via Condolence Message 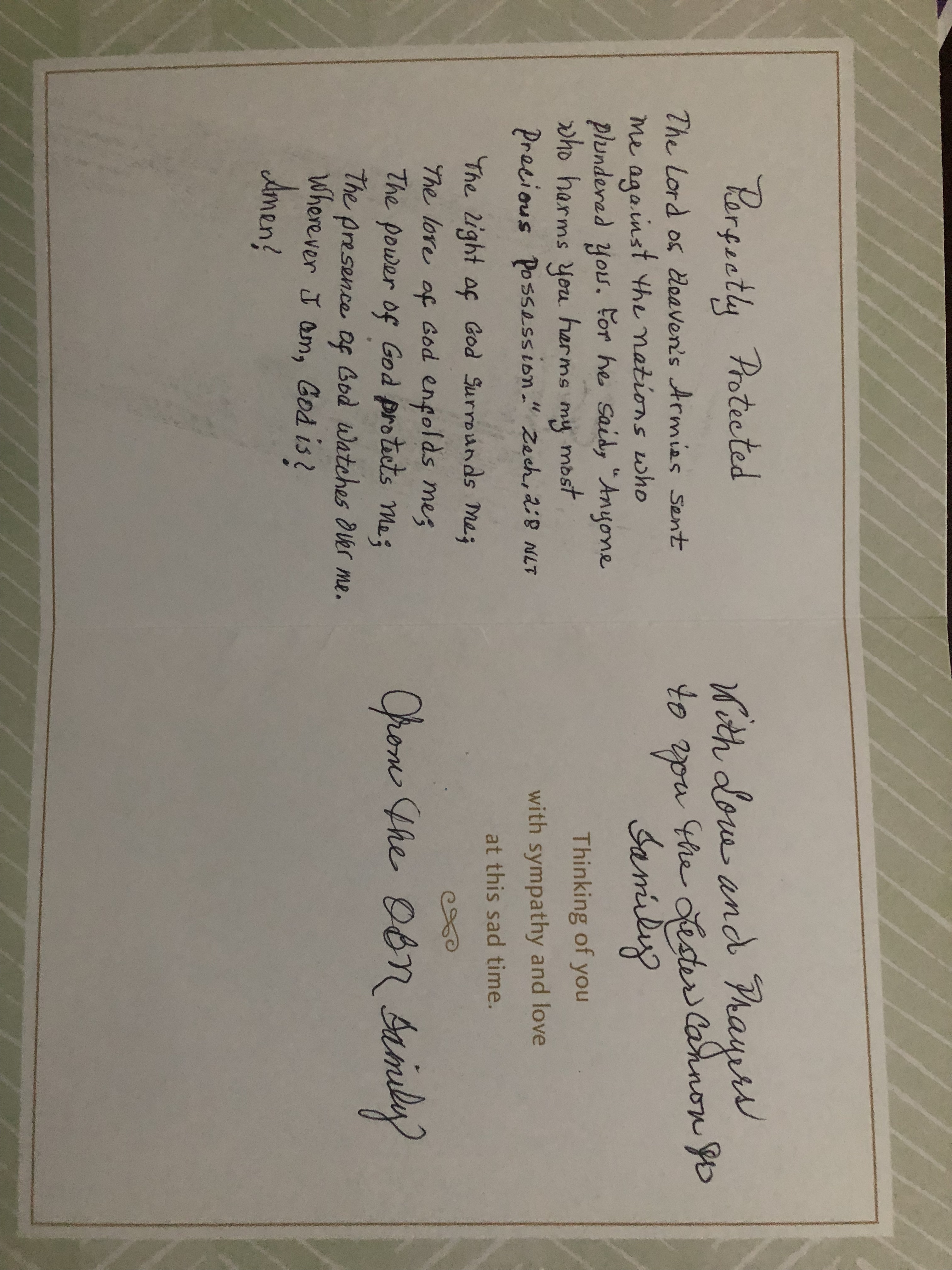 Share This:
MB
Cousin Sonny will be missed by all of us, family was very important to him and we all learned so much from him when he would attend family reunions and share
his knowledge of the family. His legacy will continue to live on thru Leatrice, Patrick, Paula and his grandchildren and great grandchildren.
Mary Ann Buckley
Mary ann Buckley - Sunday January 16, 2022 via Condolence Message
Share This:
P
Two generations of Lester (Sonny) Cannon's kids
Patrick - Tuesday January 11, 2022 via Condolence Message