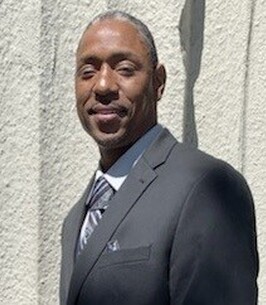 Share this tribute
Memorial Candles Lit for Kira | SEE ALL
Light a Candle
"We are honored to provide this Book of Memories to the family."
— Colonial Rose Chapel & Cremation
"I just would have never imagined you would have been called home so soon. Our Son will be everything you ever imagined him to be and more...."
— Jen
"I spoke to you on Aug 1 2022. We laughed, joked, checked in, shared some memories and said we loved each other. Rest in heaven❤"
— Kamilah Bell
Funeral Details Memory Wall Photos & Videos Send Flowers


Kira Janai Secrease was born in San Leandro, California on November 8, 1972, to
Nisaa Hasan and Anderson Allen. He transitioned into eternal rest on Thursday,
August 25, 2022.

Kira relocated to Southern California with his mother and siblings, where he lived for several years. He attended elementary schools in Los Angeles, Rialto, and Fontana. He attended Bloomington High School and San Bernardino High School.

Kira’s early life was rocky, involving incarceration at times. His desire to be a positive influence, gave him the push to change his old habits and decisions regarding his life. He later established his residence and career in San Leandro, California.

Kira worked many labor jobs over the years in which he developed a passion for working with his hands. This led him to obtaining a Certified Electrical Safety Worker credential. He worked as an electrical laborer in the construction industry, which allowed him to travel on work assignments throughout much of the Western United States.

Kira was affectionately called “K” by his family and friends. He was known for his sense of humor. He loved to hike and spend time outdoors enjoying nature. He laughed often and enjoyed spending time with his family members. He often said, “The time has come, for true love, God’s true love.”

Kira loved and cherished his children. His children are daughters Elizabeth Funchess (mother, Benita Mosqueda), Shanee Rimmer (mother, Shelly Price); son Kingston Smith (mother, Jennifer Patton). His children saw their dad as a very powerful, loving, and really handsome man, with a fun personality. He was misunderstood, because of his dark past, but was strong, smart, and very brave. He was goofy, loud mouthed, and loveable, which made him enjoyable to be around. Kira was united in marriage to Shelly Price for 5 years.

Kira was preceded in death by his mother, Nisaa Hasan.

To send flowers to the family of Kira Janai Secrease, please visit our Heartfelt Sympathies Store.

We encourage you to share any memorable photos or stories about Kira. All tributes placed on and purchased through this memorial website will remain on in perpetuity for future generations.

I just would have never imagined you would have been called home so soon. Our Son will be everything you ever imagined him to be and more. I promise I will raise him to be the King you insisted he knew he was... Rest in a kings paradise K. Save us a seat , and take it easy.. your home now...
Jen - Thursday September 08, 2022 via Memorial Candle
Share This:

I spoke to you on Aug 1 2022. We laughed, joked, checked in, shared some memories and said we loved each other. Rest in heaven❤
Kamilah Bell - Thursday September 08, 2022 via Memorial Candle
Share This:
1
Page 1 of 1
Share
×