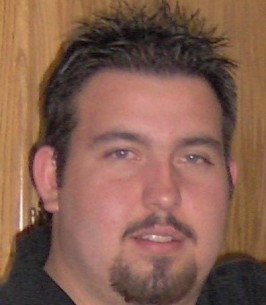 Share this tribute
Memorial Candles Lit for Joshua | SEE ALL
Light a Candle
"We are honored to provide this Book of Memories to the family."
— Colonial Rose Chapel & Cremation
"I love you so much Brother, you will be missed so much. We had to much fun growing up together and I 'm so proud to call you my brother...."
— Michael Archibeque
"Do Not Stand at My Grave and Weep by Mary Elizabeth Frye Do not stand at my grave and weep, I am not there, I do not sleep. ..."
— Mom
Funeral Details Memory Wall Photos & Videos Send Flowers

Print
Joshua Daniel Archibeque, age 37, passed away unexpectedly at home on Tuesday, November 9, 2021. His entire family is devastated by his sudden loss.

Joshua was born in Stockton, CA on September 26, 1984, to his mother, Angela R. Lynch (maiden: Lee) of Stockton and father, Arthur E. Archibeque of Albuquerque, NM. After a short marriage, his parents divorced. His mother then married James Harold Lynch of Stockton when Joshua was 4 years old. James (Jim) and Joshua had a wonderful father/son relationship. Many Sundays were spent together in front of the television cheering loudly for the Dallas Cowboys, which is where Joshua developed his love for football.

In 1995, at the age of 10 ½ years old, Joshua became a big brother to his only sister, Jessica Joyce Louise Lynch. He was a very attentive brother during their childhood together, often reading to and playing educational games with Jessica.

After Joshua graduated from Bear Creek High School in 2002, he moved to Belen, New Mexico to live with his paternal grandparents, Arthur S. and Esther Archibeque. He ended up meeting the love of his life, Amber Raelyn McDougal, while working together in Albuquerque, NM. Although they never married, they were together for many years and were the parents of two beautiful children, Jeremiah Joshua Archibeque, 11, and Aubrianna Jade Archibeque, 9.

On Mother’s Day, 2016, Amber passed away unexpectedly in Albuquerque, NM. Joshua moved his children back to Stockton where they all have lived with his maternal grandparents, John and Bertie Lee, for several years. With the help of his maternal aunt and uncle, Suzanne and Brian Girsh, and his cousins, Jonathan and Meredith Rose Girsh, Joshua’s children were well taken care of by all and will continue to be going forward.

A small graveside memorial service for Joshua will be held on Thursday, December 2, 2021, at 11:00 AM at the Stockton Rural Cemetery, 2350 Cemetery Lane, Stockton, CA. All are welcome to attend.

Funeral arrangements are made through Colonial Rose Chapel & Cremation in Stockton. (209) 565-5279

To send flowers to the family of Joshua Daniel Archibeque, please visit our Heartfelt Sympathies Store.

We encourage you to share any memorable photos or stories about Joshua. All tributes placed on and purchased through this memorial website will remain on in perpetuity for future generations.

I love you so much Brother, you will be missed so much. We had to much fun growing up together and I 'm so proud to call you my brother. I love you with all my heart and not a day has gone by I haven't wanted to call you and talk to you. I love you Joshua.
Michael Archibeque - Wednesday September 14, 2022 via Memorial Candle
Share This:
M
I miss you every day. I love you, my son.

Remember that we love and care about you.
Aubriana, Jeremiah, Nana and Papa - Wednesday December 01, 2021 via Heartfelt Sympathies
Share This:

"Joshua Archibeque" brought so many gifts to our life. We will never forget him.
Elizabeth Marsden - Saturday November 20, 2021 via Heartfelt Sympathies
Share This:
1
Page 1 of 1
Share
×