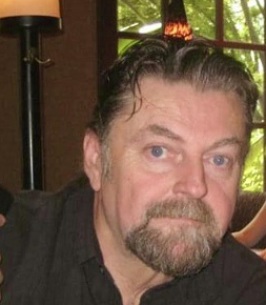 We encourage you to share any memorable photos or stories about Johnny. All tributes placed on and purchased through this memorial website will remain on in perpetuity for future generations.

Provide comfort for the family of Johnny Ray McDougall Sr. by sending flowers.
Send Flowers
R
Hi I’m Johns friend Damon John and I were carpenters together sinch the 1990s we hunted fished and hiked all the time . But that beach that he liked so much was called China ladder just north of Scott creek easy to taper down difficult to climb out of your not in shape one day one of us couldn’t make it out we tied a rope around him and pulled him up the cliff to safety it was always an adventure with John hope we play again some day bye bro
reineckedamon55@gmail.com - Wednesday August 05, 2020 via Condolence Message
Share This:
L
I am Larry Eggers and I used to be married to his sister Beverly. I have an interesting story to share about Johnny Ray. When he was in his early teens he somehow came by a switch blade knife that was illegal to have possession of. His Mom snatched it up when he wasn’t looking and gave it to me to get rid of it. I was going to wait until he got older and give it back to him but somehow I never got around to it. It is still in my collection of knives that I just recently passed on to Cheryl.
Larry Eggers - Wednesday August 05, 2020 via Condolence Message
Share This:
CM
My favorite memory of my Uncle Johnny was just after my Grandma (his mom) passed away. My sister and I wanted to have a special memorial for her at the beach because she loved the beach so much and would take us there often for Kentucky fried chicken picnics on the beach. Uncle Johnny suggested we go to his favorite beach in Santa Cruz with him to hold this memorial. Well, the only way to get to this beach is to repel down a sandstone cliff and of course climb back out. Repelling down was a lot of fun!! We spent some time reminiscing and exploring the beach. Uncle Johnny had brought fishing poles but decided that he didn’t want to bring death to anything while we were celebrating his moms life. We each said some words and buried some small items in the sand with just enough time to climb out before the tide cane in. I had never climbed anything before so I was to go 2nd after watching my sister Debbie climb up first. Debbie proved to be a hard act to follow!! I made it about halfway up the wall before Uncle Johnny panicked. He must have had visions of me falling to my death. He yelled up at me “come back down here, if you fall your mother will kill me!” I came down the cliff and watched him climb it like it was nothing. He decided he should pull me up!! After huffing and puffing for what seemed like an eternity to me, finally I was at the top! I laid down and hugged the ground laughing. Debbie thought he was going to have a heart attack pulling me up. Uncle Johnny loved his mom, my Grandma McDougall so much and the love he showed for her that day will be with me forever. Rest In Peace Uncle Johnny. Give Grandma, my Mom, Aunt Vivian, Uncle Carl and Grandpa Scottie hugs from me. Love, Cheryl
Cheryl Marshall - Wednesday August 05, 2020 via Condolence Message
Share This:
1
Page 1 of 1
Share
×