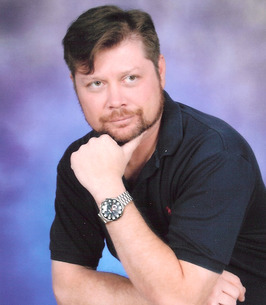 Share this tribute
Memorial Candles Lit for Francisco | SEE ALL
Light a Candle
"We are honored to provide this Book of Memories to the family."
— Colonial Rose Chapel & Cremation
"Rest in peace, Dear Frank❤️ "
— AMPM and Michele
"Love and miss you so much Frank 💔Rest in peace"
— Auntie Kat
"Now you can forever romp among the clouds in your helicopter. RIP Frank love ya, momma Shonna "
— Shonna Mead
Funeral Details Memory Wall Photos & Videos Send Flowers

Print
Frank spent most of his adult life serving and protecting others. Frank worked for the California Conservation Corps and was chosen to attend the Helitack Firefighter Program, from there Frank joined California Department of Forestry (CDF) as a firefighter and worked throughout all of California.

In 1995, Frank joined the National Guard and after a year decided to enlist in the United States Army. During his 15 + year career in the Army, Frank was awarded many medals and service awards. He served 2 tours in Korea, 1 tour in Hawaii, 2 tours in Iraq and his final tour in Afghanistan. Frank was most proud of his Air Medal he received for Task Force Gambler and rightfully so, as those who knew Frank also knew he loved to gamble. After his honorable discharge from the Army in 2011 he remained in Texas in the Fort Hood area until coming home to California in 2017.

In lieu of flowers, please feel free to donate in honor of Frank Barth to:
The Wounded Warrior Project @ www.woundedwarriorproject.org

To send flowers to the family of Francisco Barth, please visit our Heartfelt Sympathies Store.

We encourage you to share any memorable photos or stories about Francisco. All tributes placed on and purchased through this memorial website will remain on in perpetuity for future generations.

Add Photos Post Condolence
S
As we laid you to rest...we found comfort in all of your Army brothers who've reached out to express their condolences and stories of you. You continue to make me so proud to be your sister. The family ended your celebration of life with a Dave Wongs dinner with all your favorites ❤❤❤
Sonjathamel@gmail.com - Saturday January 09, 2021 via Condolence Message
Share This:

In loving memory of Frank, and as a fitting tribute to his life of service
AMPM and Michele - Friday January 08, 2021 via Memorial Tree

Love and miss you so much Frank 💔Rest in peace
Auntie Kat - Friday January 08, 2021 via Memorial Candle
Share This:

Our thoughts and prayers are with you.
Richard,Linda Marquez - Thursday January 07, 2021 via Heartfelt Sympathies
Flowers were purchased and a memorial tree was planted
Share This:

Now you can forever romp among the clouds in your helicopter. RIP Frank
love ya, momma Shonna
Shonna Mead - Tuesday January 05, 2021 via Memorial Candle
Share This:
C
Bob & Mary Lou. We are so very sorry for your loss. Wish we could be there for you. Love Tom & Anna Holland
coloannaholland@aol.com - Tuesday January 05, 2021 via Condolence Message
Share This:
L
Frank I got to know you for a short period of time, but I sure enjoyed your funny personality and witty self. You will be greatly missed, you fly now with your wings, I will always look up and say hi.
Linda Marquez - Saturday January 02, 2021 via Condolence Message
Share This:
1
Page 1 of 1
Share
×

From: Sonja Hamel
Share on Facebook
Send flowers to the family
Choose from beautiful standing, table and basket arrangements. Safe and secure online ordering.
View Flower Arrangements
What has already been purchased for the family?
Family Log-In