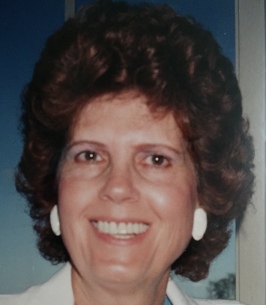 Share this tribute
Memorial Candles Lit for Elizabeth | SEE ALL
Light a Candle
"We are honored to provide this Book of Memories to the family."
— Colonial Rose Chapel & Cremation
"Mom.... I’m so sorry that you are gone, it hurts so much knowing you are no longer here to talk to, and to listen to your laugh - you..."
— Kathy
"Dear Mother You were always my best friend. You gave me guidance and shared my sorrow and happiness. You were always so strong and ..."
— Susan (Daughter)
"To my mother Those we love don't go away, They walk beside us every day, Unseen, unheard, but always near, Still loved, still mis..."
— Karen (daughter)
Funeral Details Memory Wall Photos & Videos Send Flowers

Print
With family by her side, Elizabeth “Lisa” Jeanne (Franklin) Cortesi, passed away peacefully on August 12, 2020 in Lodi, CA at the age of 91.

Lisa was born on December 9, 1928 in Barberton, OH to parents Henry and Anna (Yurchiak) Franklin. Her family owned two businesses in Barberton, the Yurchiak Bros. Grocery and the Brown Derby.

In 1946 Lisa graduated from Barberton High School and in 1947 married Theodore Stratford. Together they had six children. As a military family they were stationed on Air Force bases in Washington, D.C.; Laon, France; Hampton, Virginia; and Novato, CA. Later in life, she divorced and married Larry Cortesi and lived in Belmont, CA where they started a business, Carlmont Cameras. After retiring, they moved to Rohnert Park, CA. Lisa lived many happy and fulfilling years in the Rohnert Park and Cotati communities.

Lisa loved football; her favorite team was the San Francisco 49er’s. Discussing politics and doing the People’s magazine crossword puzzles were some of her favorite pastimes, as well as gardening, dancing, and listening to Frank Sinatra. Every day she looked forward to walks with her little dog and companion, Mr. B. Most of all, her favorite days were spent in the company of her devoted and loving family. Her wonderful sense of humor and engaging laugh will be greatly missed.

As Lisa desired, there will be no memorial service but a family Celebration of Life planned at a later date.

The family of Lisa Cortesi wish to give their sincere thanks for her care to the medical team at Vienna Nursing & Rehab Center in Lodi, CA.

We encourage you to share any memorable photos or stories about Elizabeth. All tributes placed on and purchased through this memorial website will remain on in perpetuity for future generations.

Mom.... I’m so sorry that you are gone, it hurts so much knowing you are no longer here to talk to, and to listen to your laugh - you did that so easily. We all miss you tremendous, you were always there when we needed you - Thankyou for being the kind hearted mother that you were, and the love you showed to us all. We Love and Miss you Mom, and that will remain the same for the rest of our lives. ❤️
Kathy - Friday August 28, 2020 via Memorial Candle
Share This:

Dear Mother
You were always my best friend.
You gave me guidance and shared
my sorrow and happiness.
You were always so strong and confident
a beautiful spirit like a butterfly.
I wanted you to live forever and
will miss you everyday of my life.
Thank you mom for the life you gave me
and filling it with beauty.
It all came from you.
Thank you for being a wonderful mother.
I will always love you.

Those we love don't go away,
They walk beside us every day,
Unseen, unheard, but always near,
Still loved, still missed and very dear.

Lovely ladies.
Share on Facebook
Send flowers to the family
Choose from beautiful standing, table and basket arrangements. Safe and secure online ordering.
View Flower Arrangements
What has already been purchased for the family?
Family Log-In