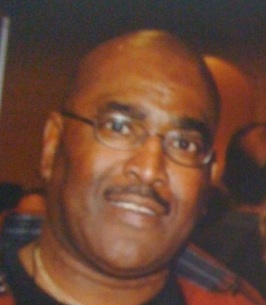 Share this tribute
Memorial Candles Lit for Dorsey | SEE ALL
Light a Candle
"We are honored to provide this Book of Memories to the family."
— Colonial Rose Chapel & Cremation
"You will be truly missed, you were always good to me and I appreciate that."
— Tanisha Sykes
"Rest Easy Dorsey🙏"
— Kristina Altheide
Funeral Details Memory Wall Photos & Videos Send Flowers

Print
On December 25th, 2019 Dorsey McCowan succumbed to his long fight with illness. He leaves behind his wife, children, grandchildren, family and a community that he devoted more than 40 years of his life to in the capacity of law enforcement and civic leadership.

As a teen Dorsey began his law enforcement career as a Stockton Police Department Cadet. During his career he spent time as a narcotics dog handler, a member of the San Joaquin County Sheriff’s Department Gang Task Force, Private Security Business Owner, Commander of the Lincoln Unified School District Police Department and President of the local chapter of the California School Employees Association union where he retired in 2017 to focus on his health.

Dorsey will be missed by many as the list of lives he impacted is varied and long. He was especially devoted to the children in his charge and would often quietly mentor those who were most at risk. Shepherding the futures of children who would otherwise have “fallen through the cracks” and standing by those children who most needed someone to stand up for them. He saw this as a calling and fulfillment of his purpose in this world. He truly left the world a better place and carried the torch for others to follow.

Dorsey enjoyed spending a lazy Sunday afternoon watching the LA Rams play with a beer in one had and wings in the other. He loved playing video games with his kids and then his grandkids. He was happiest at home with his family but enjoyed being out and around people, sharing stories or playing chess with a contagious laugh and personality that could fill a room. He had a hundred stories of his life growing up in Stockton and his time in law enforcement. His stories will be told and retold by his family and the people that knew him. His children and grandchildren will keep his memory alive and carry his light until it's time to pass it on. He will not be forgotten.

To send flowers to the family of Dorsey Lee McCowan, please visit our Heartfelt Sympathies Store.

We encourage you to share any memorable photos or stories about Dorsey. All tributes placed on and purchased through this memorial website will remain on in perpetuity for future generations.

Add Photos Post Condolence
LD
Kamiaru
Dorsey will be greatly missed as he was such a wonderful, caring person, who helped so many children in Stockton. He worked at LUSD, and John R. Williams when I was a Teacher's Aide, and single parent of three. Although he was quite busy, he always had time to listen, act and guide any child in need, especially those at risk. He had an amazing smile and sweet personality, although he could handle the most difficult of situations with exceptional confidence and professionalism. May you rest well in God's loving arms, Dorsey. Our thoughts and prayers are with your family. Sincerely, Ms. Linda Dixon & children.
Linda Dixon - Friday January 10, 2020 via Condolence Message
Share This:

We worked with Dorsey for many years at Lincoln High School. He was my hero. The flowers are in LA Rams colors as a tribute.
Monica, Ron, John and Megan Malloy - Friday January 10, 2020 via Heartfelt Sympathies
Share This:

You will be truly missed, you were always good to me and I appreciate that.
Tanisha Sykes - Tuesday January 07, 2020 via Memorial Candle
Share This:

Our deepest sympathies during your time of loss. Our thoughts and prayers are with you and your family. Dorsey will remain in our hearts forever.
CSEA River Delta Field Office - Monday January 06, 2020 via Heartfelt Sympathies
Share This:

Share on Facebook
Send flowers to the family
Choose from beautiful standing, table and basket arrangements. Safe and secure online ordering.
View Flower Arrangements
What has already been purchased for the family?
Plant a Tree in Memory of Your Loved One
An Honouring a Life memorial tree is a unique tribute which provides global benefits like no other memorial gift could.
Plant a Tree
Family Log-In