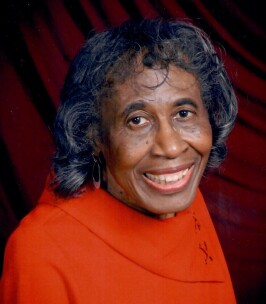 Share this tribute
Memorial Candles Lit for Donna | SEE ALL
Light a Candle
"We are honored to provide this Book of Memories to the family."
— Colonial Rose Chapel & Cremation
"We offer our sincerest sympathy and condolences to the family. Love and prayers 🙏🏾 ❤️ "
— Kennie & Lori Simpson
Funeral Details Memory Wall Photos & Videos Send Flowers

In 1937, while in early elementary school, her Mother and siblings Lucille, John Tyler (Buddy), and Wilbert moved to Tulare, CA, after the passing of her father. During her formative years Donna learned to manage money while working in the cotton fields with her family. She was a diligent student and served as a Community Recreation Leader. As a teen she started her Christian journey at Brooks Chapel A.M.E. Church under the leadership of Reverend and Mrs. Everett Williams, Sr.

After graduation from Tulare Union High School, she attended College of the Sequoia’s before widening her world to attend Whittier College in Los Angeles, CA. Donna overcame many political and racial challenges to earn a Bachelor of Arts Degree in 1955, with a Group Major in Sociology, Psychology and Religion.

Donna was teaching in the Los Angeles, CA Unified School District when she was introduced to a Stocktonian by the name of Aster Page. Their meeting was orchestrated by a mutual Pastor, E. P. Williams, Sr. who was the minister at Ebenezer A.M.E. Church in Stockton, CA. Reverend Williams felt their mutual Christian devotion would spur a collaborative relationship. They were soon married, which lead Donna back to Central California to begin their new life together. Donna and Aster had two children, Gregory and Danita. The couple were active community leaders.

She began teaching at Taylor Elementary School, then on to Roosevelt Elementary School. Donna helped to shape the lives of many young minds as a teacher. She returned to college at the University of the Pacific in 1973, where she earned her Masters Degree in Reading and Counseling. She used this degree to guide students at Webster Jr. High School and Edison Senior High School. While at Edison she created the Teachers of Tomorrow Club and implemented Career Day.

Donna was an active and devoted member of Ebenezer A.M.E. Church for 65 years. She directed Vacation Bible School, taught Sunday School, lead the Allen Stars/Youth Department, was a Class Leader and committed prayer warrior on the prayer line. Her life was a living example to numerous nieces, nephews, and grandchildren.

She had a long list of interests, including: politics, playing and watching sports, board games (she would not “let” anyone win), dancing, traveling, writing letters of encouragement which always included a list of things for you to read. Donna preached a life of emphasizing Christianity, Education and Charity. She retired in 1991, to spend time with her grandchildren.

To send flowers to the family of Donna Mae Page, please visit our Heartfelt Sympathies Store.

We encourage you to share any memorable photos or stories about Donna. All tributes placed on and purchased through this memorial website will remain on in perpetuity for future generations.

May the Lord Bless you and keep you
Barnes Family - Monday January 30, 2023 via Heartfelt Sympathies
Share This:

We love everyone so much! Take good care of your minds, bodies and spirits during these tough times!
Anonymous - Sunday January 29, 2023 via Heartfelt Sympathies
Share This:

Danny Melvin and Brenda Fontenot
We are praying for you. God knows how much you can bear. He will give you strength during these times God Bless

3 trees were planted in the memory of Donna Mae Page

Dr Page, Our thoughts and prayers are with you and your family.
Mike and your ASU Pre-op nurses - Sunday January 29, 2023 via Heartfelt Sympathies
Flowers were purchased and a memorial tree was planted
Share This:

Donna was a special lady and a pillar of the Stockton community. Celebrate the memories , celebrate her life and legacy.
Barbara Miller - Saturday January 28, 2023 via Heartfelt Sympathies
Share This:
B
My sincere condolences to the Page family on the loss of such a gracious and elegant lady. I met Donna when I transferred to Webster Middle School. She was so positive and kind, and I gleaned many life skills just from observing her interactions with students. Her smile and spirit was contagious! Thank you, Donna, for teaching me how to become a better teacher. I will miss you. Barbara Miller
Barbara Miller - Saturday January 28, 2023 via Condolence Message
Share This:

Remembering Donna and praying for Gods comfort and peace for your family.Love, Debra, Terrence & Nathaniel
Debra Stevenson - Friday January 27, 2023 via Heartfelt Sympathies
Flowers were purchased and a memorial tree was planted
Share This:
1 2 3 next page >>
Page 1 of 3
Share
×