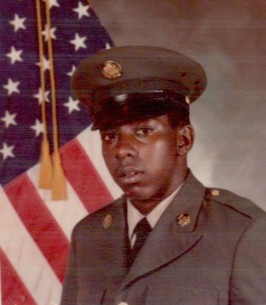 Share this tribute
Memorial Candles Lit for Dennis | SEE ALL
Light a Candle
"We are honored to provide this Book of Memories to the family."
— Colonial Rose Chapel & Cremation
"The Harris Family extension is with you in the spirit of Love. We will remember Dennis in the light of Laughter. As always you are..."
— M. D. Harris
"I light this candle 🕯 for you uncle Dennis. Although you are no longer here with us on this physical plane, you will always live on..."
— LaKosha Evans
"Uncle Dennis you will dearly missed. I know that you are smiling down on us, and watching over us wanting us to stay strong keeping our..."
— Stacy Perkins
"Dad, You are beyond missed. Thank you for all the beautiful memories and the love you spread so cheerfully to everyone. There is only..."
— Eunique Ferguson
Funeral Details Memory Wall Photos & Videos Send Flowers

Print
Dennis Leon Ferguson was born on Wednesday, December 2, 1959 in Omaha, Nebraska to Curtis Ferguson and Annette Robinson. He was the eldest child of many siblings. After graduating high school in Pine Bluff, Arkansas, Dennis enlisted in the United States Army. He continued to serve his country after discharge, working for the United States Postal Service for over 37 years. Dennis was preceded in death by his mother Annette and one sister, Evelyn Jean Robinson and one brother, Richard Leon Stewart.
Dennis loved to laugh and joke around with those he encountered. He kept the good times rolling for all involved. He would make everyone feel welcome and important, regardless of what they looked like or where they came from. Dennis would give someone in need the shirt off his back or the last dollar in his pocket.
Dennis loved watching Westerns and listening to music from different genres. He was a huge fan of the Seattle Seahawks as well as the New York Knicks. Dennis enjoyed playing sports, too. He was part of the Two & A Bar-B-Que baseball crew. He enjoyed eating good food and big laughs. He often shared both with those around him. The life of the party indeed.
Dennis is survived by his long-time partner, Colette Scott; children, E’unique Ferguson, Aaron (Karen) Ferguson; grandchildren Avery Ferguson, Addison Ferguson, Zadori Amesi and one unborn grandchild; sisters, Sharron (Morris) White, Jacquelyn Ferguson, Bernadette Miles-King, Linda Robinson, Jennifer Lynn Creighton, and brothers Natheo Robinson, Curtis Warren and Scotty Lee. As well as a host of aunts, uncles, cousins, nieces, nephews, and friends.

To send flowers to the family of Dennis Leon Ferguson, please visit our Heartfelt Sympathies Store.

We encourage you to share any memorable photos or stories about Dennis. All tributes placed on and purchased through this memorial website will remain on in perpetuity for future generations.

The Harris Family extension is with you in the spirit of Love.

We will remember Dennis in the light of Laughter.

As always you are in our prayers as family.
M. D. Harris - Wednesday November 18, 2020 via Memorial Candle
Share This:

I light this candle 🕯 for you uncle Dennis. Although you are no longer here with us on this physical plane, you will always live on in my heart. I love you forever, Unc!
LaKosha Evans - Monday November 16, 2020 via Memorial Candle
Share This:

Thinking of you in your time of loss. May the lessons your father gave you last a lifetime, and may you always feel his spirit nearby.
Dennis & Valere Boyd & Family - Monday November 16, 2020 via Heartfelt Sympathies
Flowers were purchased and a memorial tree was planted
Share This:

Eunique and Aaron we are praying for your strength and peace. We love you both and are here for you both.
Raynell, Sarah, Jahniah, Alisha, Keonna, Mel, Tiff - Thursday November 12, 2020 via Heartfelt Sympathies
Flowers were purchased and a memorial tree was planted
Share This:

There is no words can say how much we are going to miss you. Aunt Helen and Uncle Tim Robinson.
The Robinson's - Wednesday November 11, 2020 via Heartfelt Sympathies
Share This:
KF
I will forever be grateful for how well you and Colette raised Aaron, for welcoming me into the family, and always introducing me as your daughter. You attending my college graduations, attending the births of my children, holiday shenanigans, and all the memories in between are the memories I will always hold dear. You will be tremendously missed and always loved and remembered.
Karen Ferguson - Wednesday November 11, 2020 via Condolence Message
Share This:

Uncle Dennis you will dearly missed. I know that you are smiling down on us, and watching over us wanting us to stay strong keeping our heads up. I will miss those talks we would have. WHO AM I GOING TO HAVE TO TALK TO WHEN I NEED SOME NOW. You was more than an uncle to me, you was like a father figure in my life always. I know that you are up there with my mom, daughter, uncle ricky and many more. Love and miss you. And oh yeah I am coming close to finishing my 1st year towards getting my Bachelor's Science in Criminal Justice Specializing in Department of Homeland Security with Crisis Management with 3 years to go. I will make you proud. Sincerely Stacy Perkins.
Stacy Perkins - Wednesday November 11, 2020 via Memorial Candle
Share This:

You are beyond missed. Thank you for all the beautiful memories and the love you spread so cheerfully to everyone. There is only one you. There aren’t enough ‘thank you’s’ in the world to express how grateful we are for you. You’ll be cherished and loved forever. I love you. ❤️
Eunique Ferguson - Wednesday November 11, 2020 via Memorial Candle
Share This:
1
Page 1 of 1
Share
×