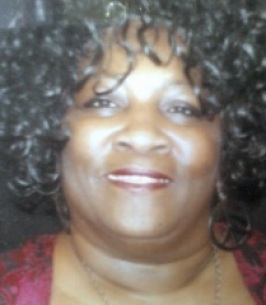 Share this tribute
Memorial Candles Lit for Delsea | SEE ALL
Light a Candle
"We are honored to provide this Book of Memories to the family."
— Colonial Rose Chapel & Cremation
"We love you Auntie.💋 May you Rest In Peace."
— The Hutchinson Famy
"Praying strength, guidance, and togetherness for our family."
— Shantillia Burks
"Rest easy and peacefully Auntie Faye. You are truly missed, and I will cherish all of our talks and memories we had together. We always..."
— Shantillia Burks
Funeral Details Memory Wall Photos & Videos Send Flowers

Print
Delsea Faye Tucker was born on April 6, 1952 in Monroe, Louisiana. Raised by her loving mother Marguerita Tucker. The family moved to California when she was 5 years old. Delsea was born with a spirit of adventure, righteousness, and fairness. She began her education in Fairmead, California continued in Madera concluded in Stockton. She received her high school diploma from Edison High School; her Associate Degree from Delta College in General Education and Administration of Criminal Justice; then her Bachelor Degree in Public Relations Communication with a minor in Journalism. Delsea was an advocate in the community and took that gift seriously. It has been said “Delsea has never met a stranger.” She was instrumental in the election of the first Black King and Queen; first Black newspaper; Black Cheerleaders and organizing the first Sit-in Protests. After moving to Stockton, her Edison High School track coach noticed her Olympic running abilities. She set records in the 50 and 100 yard dash; as well as the 440 relay. She currently holds records that have not been broken in pushups and sit-ups. Delsea’s personal life was headed by her Lord and Savior Jesus Christ and centered in lifelong learning. Trying to find balance and spiritual guidance. She attended Progressive Missionary Baptist Church under Pastor Maurice Harris, Sr. Pastor Glenn R Shields took her to the next level in her spiritual growth laboring favorably in the Narrow Way Witness Ministry and as a Prayer Room Counselor. Delsea worked at DeWitt Nelson Training Center of the California Youth Authority as a Corrections Officer for 14 years. The inmates had a high respect for Delsea and referred to her as “Momma Dee”. They knew when she came in the door they would be heard and treated fairly. She counseled many inmates and staff as a “life coach”. Delsea was thoughtful and supportive to all youth; giving advice on how to improve themselves.
Delsea was preceded in death by her sister Rita N Tucker Davidson, brothers Alvin Tucker, Jr; Elder Richard Tucker; and Terry Tucker. She leaves to cherish her precious memories, her only son Devon Goodlow (Carla); mother Marguerita Tucker and brother Larry Davis, and a host of grandchildren, great-grandchildren, nieces, nephews and close friends (considered family). She will be missed by many

To send flowers to the family of Delsea Faye Tucker, please visit our Heartfelt Sympathies Store.

We encourage you to share any memorable photos or stories about Delsea. All tributes placed on and purchased through this memorial website will remain on in perpetuity for future generations.

Add Photos Post Condolence
LC
Delsea, Friend and Sister in Christ who was caring, loving, funny and met no strangers! I'll always have wonderful memories of a Christian Woman who went beyond to help someone in need no matter what! Loved her Family Dearly! The Family will always be in my prayers! Resting in Peace Dear!
Lenora Chatman
Lenora Chatman
Lenora S Chatman - Sunday September 20, 2020 via Condolence Message
Share This:

We love you Auntie.💋
May you Rest In Peace.
The Hutchinson Famy - Sunday September 20, 2020 via Memorial Candle
Share This:
WM
Delsea truly was the example of a true friend. Always checking in on me and making sure all was well. The world dimmed a little more without her in it. She will always be missed. Until we meet again.
Wanda Milton - Saturday September 19, 2020 via Condolence Message
Share This:

Rest easy and peacefully Auntie Faye. You are truly missed, and I will cherish all of our talks and memories we had together. We always talked about making time to spend together. Thank you for our Barnes & Nobles trips, girl talks, and being such a full of life spirited individual. Thank you for all the smiles and laughs. I will miss your kisses and sayings, "Give me some suga" as you smother me in kisses no matter what age I was. I am gonna write that book Auntie. I love you and miss you tremendously and not goodbye, but until.
Shantillia Burks - Friday September 18, 2020 via Memorial Candle
Share This:
MP
My Condolences and Prayers to the Family and Friends of Delsea❤️
Blessings...
Marvell Fryer Phillips
Marvell Phillips - Wednesday September 09, 2020 via Condolence Message
Share This:
1
Page 1 of 1
Share
×