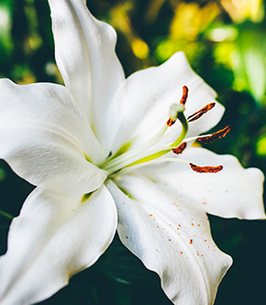 Print
Cassandra (Sana) was the third of the five children from Joseph Paul Williams Sr. (who preceded her in death) and Martha Albirta Williams. She was born in Merced, CA on December 11, 1960. Being an air force brat, she traveled with her family all her childhood, until they settled in San Jose CA around 1969. Traveling gave her the opportunity to enjoy different cultures and experiences. Even though the family moved to many places, Cassandra and all her sibling graduated from the same high school, Oak Grove High School in San Jose. She continued her education at San Jose City College and found employment with the United States Post Office, where she worked for many years. She left the Post Office for her most treasured job a mother of her two sons Cassius and Ephraim. They were her world, and she only wanted the best for them. She then worked at Hayward Unified School District as a Paraeducator for Special Education, where she truly will be missed.
Sana was a family-oriented person. If there was an event happening within the family, it was written in pen on her calendar, and it was rarely missed. There was always something going on, from one of her nieces or nephews sporting events, birthdays, graduations, family reunions, holiday dinners to Aunt Mary’s modeling and Red and White balls. This was on top of the busy schedule she kept for Cassius and Ephraim. She worshipped at Destiny Christian Fellowship with Pastor Paul Sheppard, until she was unable. In the last few years, Sana had dinner and movie dates with her sons. Now that they are older, she wanted to change them into vacation dates, with the hope that their families would join once they were established.
Cassandra Williams left behind her two dedicated and loving sons, Cassius Winton (24) and Ephraim Winston (20) of Stockton CA. She also left behind her beautiful mother, Martha Albirta Williams of San Jose, CA her brother Joseph Paul Williams Jr (Cheryl) of San Leandro, CA, three sisters, Sheila Kennedy of Vallejo CA, Valerie Williams (Johnny) of Solomons MD, and Angela Cartier (Anthony) of Manteca, CA.
There were many aunties, uncles, nieces, nephews, cousins, and friends that is only left with her memory. She also had the good fortune of having an honorary sister. Honorary, as an adjective means to be given the honor without the usual requirements, duties, and privileges. However, Meta Foster-Jackson went beyond the usual duties. She was closer to Cassandra than most of her family. Meta was her sounding board, confidant, and best friend…to the tears at the bitter end. And for that we are grateful.

We know that Cassius and Ephraim were her everything. Your uncle and aunties cannot replace her by a long shot, but we will always be here for you!

To send flowers to the family of Cassandra Williams, please visit our Heartfelt Sympathies Store.

We encourage you to share any memorable photos or stories about Cassandra. All tributes placed on and purchased through this memorial website will remain on in perpetuity for future generations.

Provide comfort for the family of Cassandra Williams by sending flowers.
Send Flowers
J
very sorry to hear of Cassandra's passing. i had the pleasure of getting to know her while working at the willow glen post office. i loved her sense of humor and always respected her points of view. she was a special person. R.I.P. Cassandra. Jon
jon - Monday October 18, 2021 via Condolence Message
Share This:
1
Page 1 of 1
Share
×