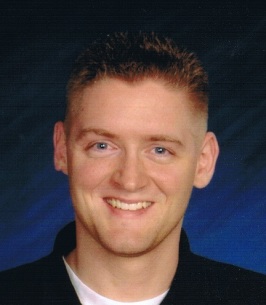 Share this tribute
Memorial Candles Lit for Carl | SEE ALL
Light a Candle
"We are honored to provide this Book of Memories to the family."
— Colonial Rose Chapel & Cremation
"Even though it has been years since I’ve seen you I still remember you greatly. It has been since we were both young but I have great..."
— Shelby
"“ChowGill” thanks for all the good times brother. The laughs and smiles you brought to us all will never be forgotten. I know from your..."
— Alderete
Funeral Details Memory Wall Photos & Videos Send Flowers

Print
Carl E. Cowgill, age 38, passed away on December 30th, 2019 in his home in Stockton CA. His Memorial Service will be held Sunday January 12th, 2019 at 1:00PM. The services are at Colonial Rose Chapel in Stockton CA (520 N. Sutter St, Stockton CA 95202). Carl was born on October 9th, 1981 in Sacramento, CA to John and Carline Cowgill and he made quite the entrance into this world as his mother did not know she was pregnant with twins. She went into labor at home and he was delivered by his grandfather Carl Kropp whom he was named after. He started his love of reading and video games at a young age and those passions never left him. He attended Lincoln High School and during that time he earned a black belt in Tae Kwon Do, was a member of the JROTC, competed in the Science Olympiad and graduated in 2000. After high school he joined the Marine Corps and served for six years. After completing his Marine Corps training, he wanted to pursue his love of video games and majored in computer science, while also earning an Associate’s degree in Physical Sciences from San Joaquin Delta College. Carl then pursued a career in Real Estate and continued to sell houses until a year before his death. He was an avid animal lover and had 2 dogs that he loved like his own children named Sugar and Spice. He enjoyed art, technology, cooking and video games in his free time. He always left an impression on anyone he met and usually got a laugh out of them. Carl was known for his sense of humor, creativity, and high intelligence. Fun and laughter were always his top priorities and everything else came second. He is survived by his immediate family members, his mother Carline Cowgill, his father John Cowgill, his twin brother John Cowgill Jr., his sister Jennifer Cowgill, his niece who absolutely adored him Caitlin Prater, his aunt, uncles, and many cousins. He will be greatly missed.

To send flowers to the family of Carl Eric Cowgill, please visit our Heartfelt Sympathies Store.

We encourage you to share any memorable photos or stories about Carl. All tributes placed on and purchased through this memorial website will remain on in perpetuity for future generations.

LC
Even though it’s been many years since we have seen you our family wants to extend our deepest sympathy to your family for the loss of your son and brother Carl. We know first-hand the depth of pain with the loss of a child/sibling. We enjoyed reading about Carl and his many attributes. May your warm and loving memories of Carl give you strength to get through this difficult time. Sending much love from Calaveras County. Aunt Lynn, Dick and Janet
Lynn, Dick and Janet Cowgill - Sunday January 12, 2020 via Condolence Message
Share This:

Even though it has been years since I’ve seen you I still remember you greatly. It has been since we were both young but I have great memories of you! You were a wonderful person and you will be very missed.
Shelby - Wednesday January 08, 2020 via Memorial Candle
Share This:

“ChowGill” thanks for all the good times brother. The laughs and smiles you brought to us all will never be forgotten. I know from your first drill to your last drill you made lasting impressions all us Marines.
Alderete - Tuesday January 07, 2020 via Memorial Candle
Share This:

JA
“ChowGill” my brother you will be missed. Even though we only spoke once or twice every year for our “how you doing bro” phone call you always stayed the same funny character I knew. I’ll miss ya bro. You were unfiltered and always told me what I needed to hear as a friend should. I’m honored to call you my friend.