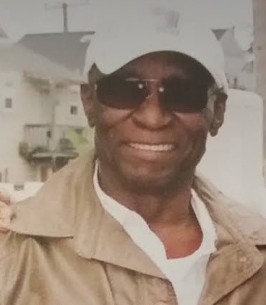 Share this tribute
Memorial Candles Lit for Alphonso | SEE ALL
Light a Candle
"We are honored to provide this Book of Memories to the family."
— Colonial Rose Chapel & Cremation
"Rest In Peace Poppa, you will truly be missed. I love you so much! With all my heart."
— Marsha Abney
"I'll always remember Uncle Al's wonderful smile and laugh! I have some great childhood memories spent with him and the family. Rest..."
— Rhonda Bailey
Funeral Details Memory Wall Photos & Videos Send Flowers

Print
Alphonso was born July 22, 1932, in Wasco, Texas to Rudolf Abney and Rosie Singleton.
Al was the eldest of their two children. His family moved to California from Texas in the 1940’s. Soon after other family members also began migrating from Texas and Louisiana as well. He graduated from Encinal High School in 1950; shortly thereafter, he began working for Chrysler Motors. Then in 1953 met and married, Bobbie Foster (married 44 years) and they had six children together. General Motors was where he had a career for 32 years and retired in 1985. He had a passion for fishing, hunting, camping, playing dominoes, fixing on cars, and telling many stories about his life experiences.
Al was a native of the Bay Area for many years before moving to the Central Valley over 20+ years ago. He was a loving husband, father, grandfather, great-grand father, brother, son, uncle, friend, and a shoulder to lean on. Alphonso Abney, age 88, passed away peacefully on November 11, 2020 from COPD. He is proceeded in death by his wife Bobbie (Foster) Abney, son Gary D. Abney, mother Rosie MacDaniel, father Rudolf Abney and brother Rudolf Abney Jr, and they are waiting with open arms to greet him.

To send flowers to the family of Alphonso Abney, please visit our Heartfelt Sympathies Store.

When
Saturday, November 21st, 2020 11:00am - 12:00pm
Reception Extra Info
Reception is in the Fireside Room immediately following the service **Due to Covid rules, only immediate family will be attending graveside

We encourage you to share any memorable photos or stories about Alphonso. All tributes placed on and purchased through this memorial website will remain on in perpetuity for future generations.

Rest In Peace Poppa, you will truly be missed. I love you so much! With all my heart.
Marsha Abney - Thursday November 26, 2020 via Memorial Candle
Share This:

To Poppa: May you Rest In Peace. Forever I will remember you with all my love and admiration. Your Grandson, Dionte
Dionte Butler-Abney - Friday November 20, 2020 via Heartfelt Sympathies
Flowers were purchased and a memorial tree was planted
Share This:

I'll always remember Uncle Al's wonderful smile and laugh! I have some great childhood memories spent with him and the family. Rest In Peace, Rhonda Bailey
Rhonda Bailey - Wednesday November 18, 2020 via Memorial Candle
Share This:

Our deepest sympathies to the Abney Family!
Flemon Bailey and Family - Wednesday November 18, 2020 via Heartfelt Sympathies
Share This:

To our devoted grandfather/great-grandfather. We love you and thank you for the lessons and loving memories. Love you always!
The Abneys - Tuesday November 17, 2020 via Heartfelt Sympathies
Share This:
1
Page 1 of 1
Share
×

View Video
Send flowers to the family
Choose from beautiful standing, table and basket arrangements. Safe and secure online ordering.
View Flower Arrangements
What has already been purchased for the family?
Family Log-In